1. Taking the register down to reception after the teacher had done it was literally the biggest responsibility anyone could bestow upon you.

2. The canteen magically transforms into a sweet shop during the school disco’s.

Renowned for laying on food so abysmal that the iced buns had slits in due to being doubled as the hot dog buns, the canteen becomes a magical, sweetie wonderland during the school discos, making it a really tough decision on how to spend your pound. You could get some laces and a bag of shrimps, or a push pop. Tough call.

3. Being at the age where it’s totally acceptable to spend all lunchtime making up dances.

Leave the angst, bitching and first kisses for senior school. During this hour lunchtime, at the age of 9, we are going to fucking SMASH that C’est La Vie dance. No slackers. I want people driving past that gate and thinking B*Witched are doing a charity concert. Make sure you ALL wear double denim tomorrow girls we are going to have our world premiere in the top playground behind the football goal.

Back in the day, sports was actually fun. Forget the gym, forget running. Why can’t we lose weight at the age of 26 all going down the park for some sack races?

5. The currency of choice was pogs.

Obviously, if it were a large transaction, a slammer would also need to be involved. Or some shinys. No, I wont take 6 fucking Chupa Caps, if it hasn’t got the pog man on it I don’t want to know.

6. Your career of choice was famous singer/astronaut/spy

Never one to be told your dreams are a little bit ambitious, you were going to be the next Mariah Carey or James Bond, live in a massive house and be friends with Will Smith. You now work in an office, live in a flat, and most of your mates are dull people you work with. This was even the days before X Factor made it easy. You were just going to go out and get a record deal like everyone does. 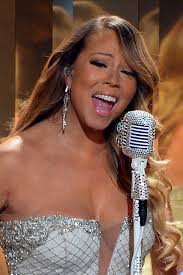 8. Getting to take the class hamster home over the holidays was the best day of your life.

Never mind the fact that you hadn’t really mentioned it to your Mum, the cats spent the entire 6 weeks trying to eat it and you may have forgotten to feed it a couple of times or get it out of its cage. The one time it did taste freedom was when it escaped from its ball and ate your homework, which shockingly your teacher did not believe happened.

You all fought over the ONE computer in the classroom because you just couldn’t get enough of Microsoft paint. It was AMAZING. I mean, god, it was like ACTUALLY painting on paper.

10. If you wanted to speak to someone over the weekend, you had to ring their house phone.

Well before the days of having best friends whose numbers you don’t even have because you Facebook message them, if you wanted to speak to your mates while in Junior School you had to use the house phone (only after 6pm though because it was free to other BT phones) and run the risk of having to use your polite voice when their parents answered. No group Imessages existed, if you ALL wanted to talk together you had to meet in McDonalds in town. What a world we were living in.

Congrats Nina, @PizzaExpress Pollo Pesto’s for you and the girls tagged tonight. Send us a request link for £60 via DM now and we’ll make payment.

#VibePayFriday would be the dream right now 🙏🏻 rubbish us all being split up when one of our huns is having a rough time so we can book something to look forward to.

Fancy winning £250 and having it Vibe’d straight into your bank account? 💸

Ok, well here’s what you gotta do. Simply RT this & tag your best mates using the hashtag #VibePayFriday

Winner announced @ 8pm (Ts & Cs apply - see website). Must be following so we can DM

do british websites use biscuits?